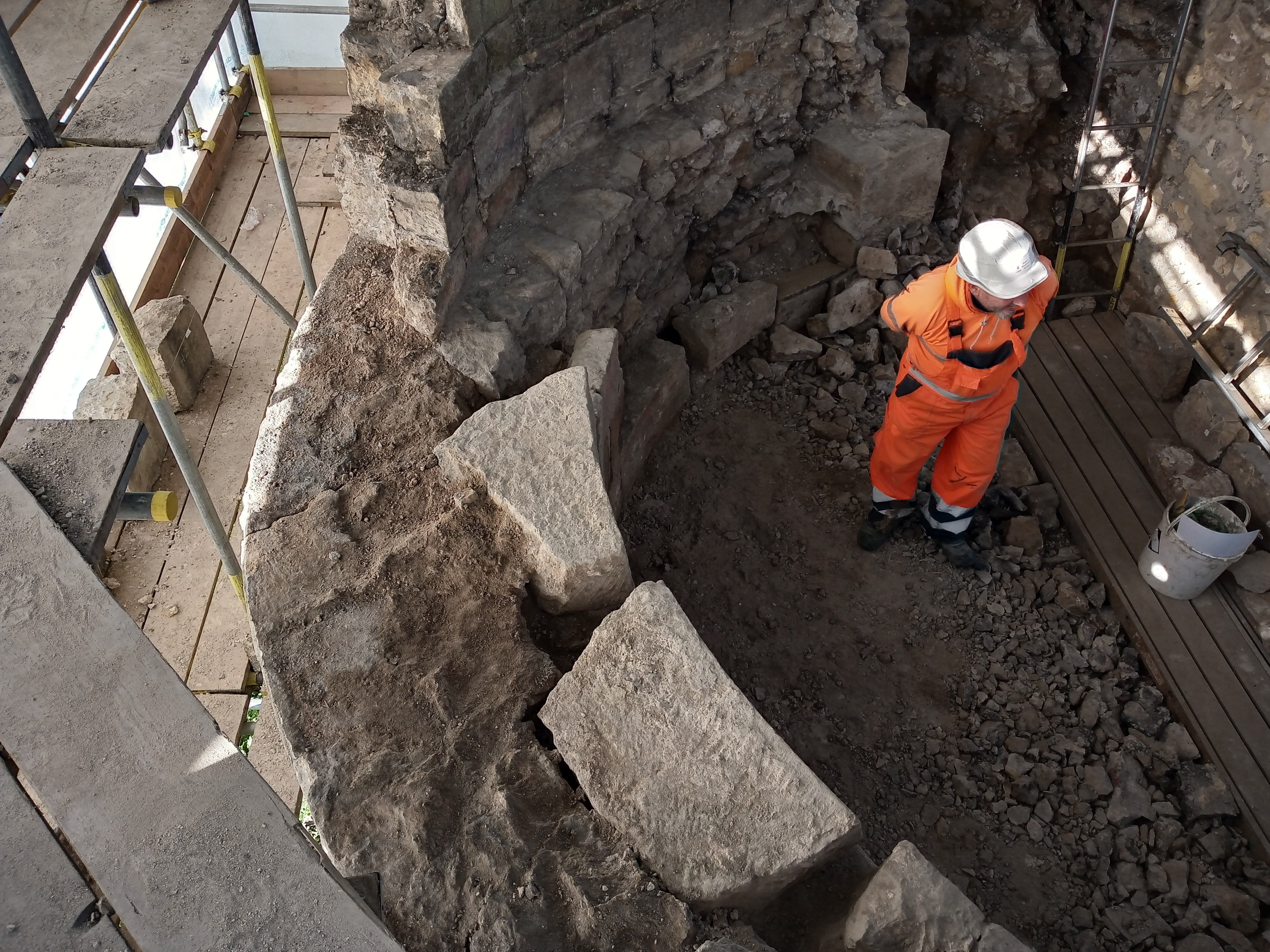 Work has begun on installing a new walkway on York City Walls at Tower Two, dating back to the mid-fourteenth century, which will allow visitors to see inside the Tower for the first time in 200 years. The Tower lies between Bitchdaughter Tower and Baile Hill in the south-west corner of the city walls.

City of York Council stonemasons have now stabilised the tower. They removed rubble which was put inside the structure in the nineteenth century to create the existing paved walkway but had been pressing outwards against the tower wall.

Mason Clark Associates were involved from the outset, to design the new steel walkway structure and specify careful conservation repairs to the Tower walls.