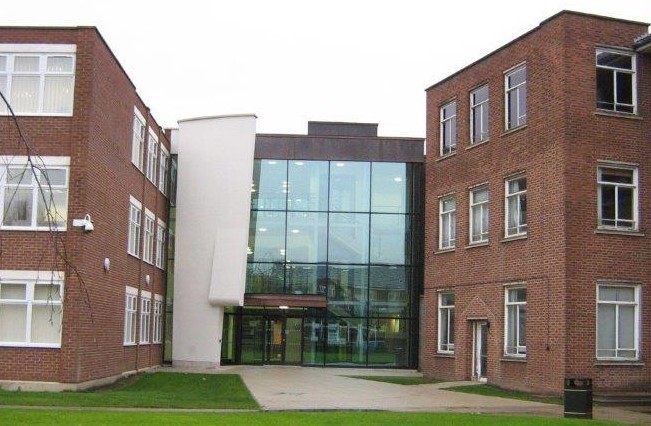 University of Hull - The Washburn Link

As part of on-going expansion, the University of Hull identified that three underused buildings in close proximity to each other could be connected together with a three storey link block. This would create a focal point and covered access, including disability requirements under the Equality Act, between the buildings and allow new departments to occupy them.

The project Architect wanted to create a feature entrance with curtain wall glazing and a curved wall leaning out at three metres and a large open atrium with link bridges at the upper levels. The structural form was a steel frame, portalised in all directions to eliminate cross bracing, foundations were tubular piles with composite deck flooring to the upper levels.

The existing buildings had been built at different times with no thought as to connecting them together in the future. Consequently, level differences between floors had to be accommodated within the new link. In order to eliminate large areas of concrete infill structural polystyrene was specified to accommodate levels differences of up to 700mm.

Part of the contract also involved the refurbishment of two of the adjoining buildings which included structural alterations to many walls.

Working together with all other Consultants and the Contractor, the project met all end user requirements and has been entered for a number of local construction awards. 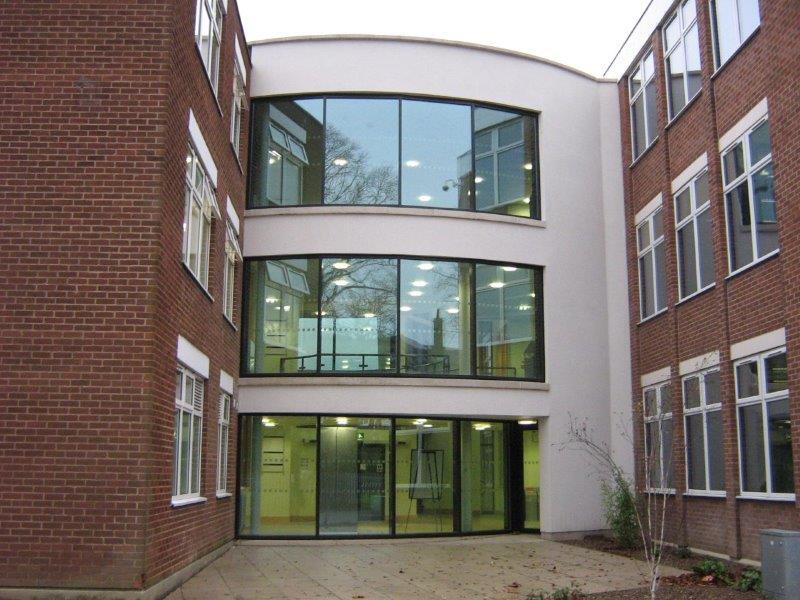 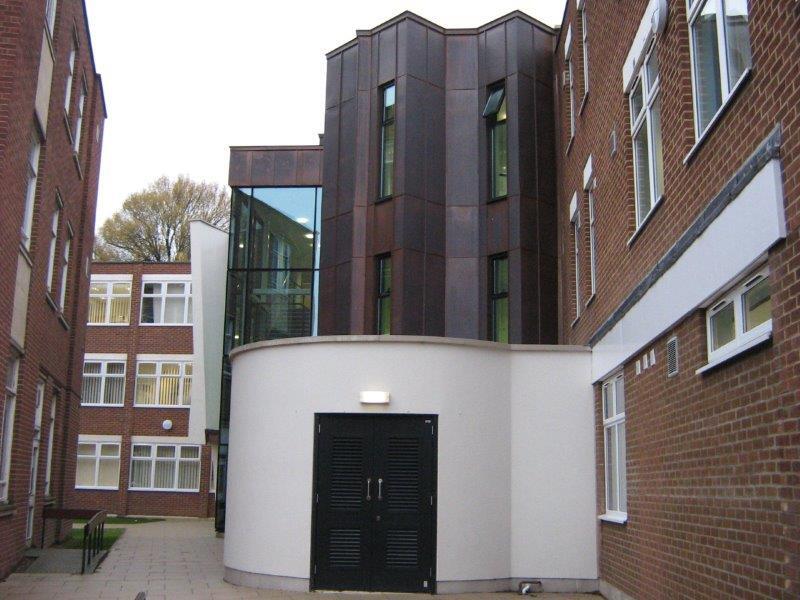 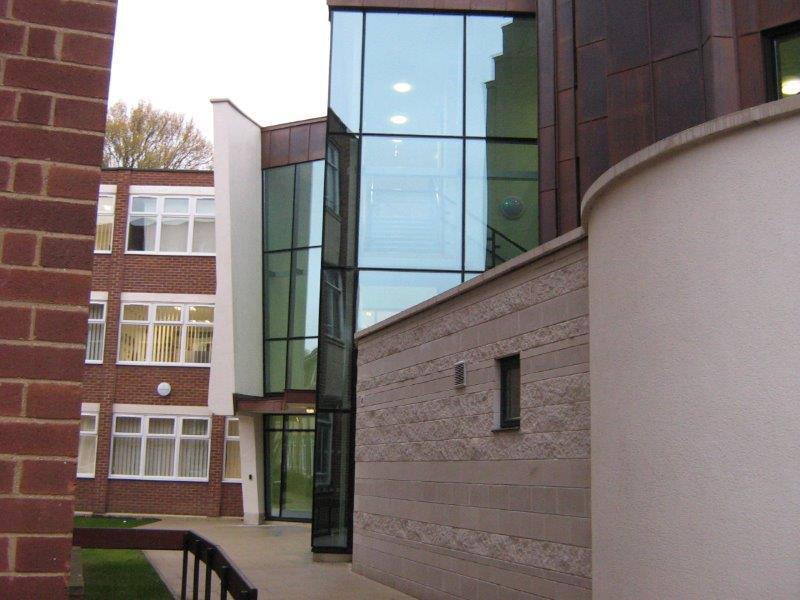